You shall know the truth and the truth shall set you free.  John 8:32

When Jesus said this, he was not talking about a kind of philosophical truth that only deeper thinkers would find.  Rather Jesus was saying that he was the source of all truth and that knowing him would give us the freedom to live fully alive.  Later in John’s gospel, Jesus said, “I am the way, the truth and the life.”   Knowing Jesus as friend and savior guides us to knowing the truth about ourselves, our world and our relationship with others and with God.  Jesus is the true source of a vibrant life. 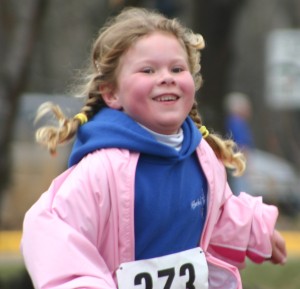 Running with Joy is TRUE Running

Truth as personal knowledge of Jesus is similar to how I understand running.  On a biological and psychological level I can know that running is good for me, but that rarely gets me out the door and on the trail.  Rather I need to experience the benefits first hand, feel the joy of lungs breathing deeply and legs turning quickly.  As I run I experience the real truth about the benefits of running. My head clears and my spirit soars (at least on the good days.)  Now that I can run four miles again, the joy is especially sweet.

The same is true with knowing Jesus, only as I run with him and experience him in my own life do I discover that he is the truth.  Jesus is not some collection of doctrines to comprehend, but a true friendship that keeps me moving along the road of life.  He is a true friend who seeks to guide, encourage, warn and embrace us.

How true and real is your friendship with Jesus today?

Lord Jesus be real to me this hour, this day.

How do you use stones?

This is a rare second posting, but I want to respond to all the recent accusations surrounding Greg Mortenson, the author of Three Cups of Tea and Stones into Schools.   The mission of his foundation, Central Asia Institute, is to build and support schools in the isolated mountain villages of Afghanistan and Pakistan.   Mortenson has received incredible publicity and significant donations for this work.  No one denies that he and his foundation have done incredible work for the children of the region.

However the TV show 60 minutes and the author Jon Krakauer have made substantial and credible accusations that Mortenson partially fabricated some of the stories in his books and that he has mismanaged funds.  Mortenson has not totally denied these accusations, but continues to stand by the work he has done.

I cannot discern who has the total truth in this tempest.  I suspect the truth is somewhere in middle.

What disturbs me is how quick I was “to judge” Greg Mortenson.   I felt this incredible disappointment as I read the Jon Krakauer’s report and saw some of the major blemishes on the “saintly” portrait I made of Mortenson.  I discovered that my hero has feet of clay.  But this should not surprise me.

Greg, like I, grew up a Lutheran and one of Martin Luther’s contributions to our spiritual heritage is the concept of saint and sinner: simul Justus et Pecator or simultaneously saint and sinner.   We are all sinners by our actions.  We all have self-serving hearts that seeks only our interests.  Greg Mortenson is a sinner just like me.  When Jesus was confronted with the woman caught in adultery he responded by asking the person without sin to cast the first stone.  Her accusers all slipped away one by one, leaving her alone with Jesus.  He did not condemn her, but sent her away to sin no more.  (John 8:1-11)

Greg Mortenson will need to be held accountable for any mismanagement he has done.  His foundation will need to take drastic steps to rebuild the trust that is being eroded by these reports.  I am praying that such steps will be taken wisely and courageously.

But I also want to state that Greg is still a saint in my eyes.   Our sainthood is not based on our reputation, but on the grace of God.   I am praying that Greg will find his faith and mission strengthened and renewed by God’s Spirit, just as I am praying that prayer for myself and my congregation.  After all I prefer stones to be used in building schools, not attacking reputations.